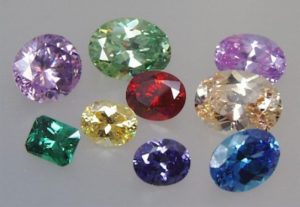 Along with turquoise and tanzanite, zircon is part of the trifecta of December’s birthstones.  It is an ore of zirconium and has been found in a variety of colors from yellow or gold to blue, green brown and red.  It is one of those gems that perhaps you aren’t as familiar with as, say, diamonds or even next month’s birthstone, garnet.

With that in mind, here are 10 cool facts you may not know about zircon: