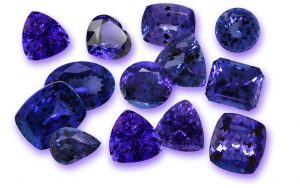 Completing our series on the trifecta of December birthstones, this week we look at the blue and beautiful tanzanite!  While turquoise and zircon are probably better known, the brilliant and dazzling tanzanite makes for eye-catching earrings, rings, necklaces and other jewelry.

Formed around 585 million years ago, this gemstone has now been known for 50 years since its discovery in 1967.  Here are some cool facts you may not know about tanzanite:

For more information about this beautiful gem and other precious and semi-precious gems, contact us today!