Warning: count(): Parameter must be an array or an object that implements Countable in /home/customer/www/cfbrandtjewelers.com/public_html/wp-content/themes/virtue/lib/cmb/init.php on line 714
 Ruby Spinel - Beautiful Gem, But Not A Real Ruby - C F Brandt Jewelers
Skip to Main Content 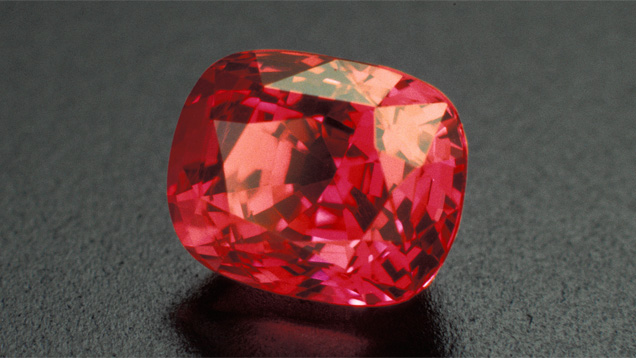 We recently discussed July’s gorgeous birthstone, ruby, which is a form of corundum…which is second to diamond in hardness on the Mohs scale.  In the world of jewelry, there are different nicknames given to gems which can cause confusion for you, the buyer. Here we will look at one of those gems, ruby spinel.

Spinel is a beautiful gemstone that in modern times was added to August to join peridot as complementary birthstones for that month.  We will dig more into that next month:) It comes in a wide variety of colors from colorless to black with purple, brown, green, orange, yellow, pink,  blue and red in between.

The deep red “ruby spinel” variety is the most prized and valuable, although it’s important to understand that if you’re seeking a true ruby, don’t be deceived by “ruby” in the name of ruby spinel.

Until the year 1783, all red gemstones were called “rubies.”  In that year, it was determined that some of the rubies in crown jewels were actually spinel.  The confusion is understandable as red spinel looks identical to ruby and they are actually found the same or similar locations.

Even royalty was confused in those years past and probably the best example is the Black Prince’s Ruby.  This stone weighs 170 carats and is notable for being a cabochon of irregular shape and form.  Dating to the 14th century, it is one of the oldest crown jewels of the United Kingdom, being named after Edward of Woodstock, who became known a the “Black Prince” after fighting in the Battle of Crecy in black armour.

As you see, once upon a time all red gems were thought to be rubies.  Ruby spinel is the most valuable and sought after, but it is important to remember that if you’re seeking a true ruby this (while beautiful in its own right)  is not what you’re looking for and is not one of the noted precious gemstones.

If you are looking for rubies, ruby spinel or other gemstones in jewelry, you are on the right website!  Call us or stop by and we will help you find that perfect ring, necklace, bracelet, pendant or set of earrings you’re looking for!