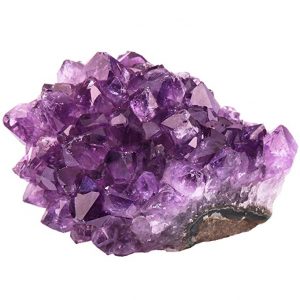 This month, you’ve already seen the process of creating a beautiful custom amethyst pendant from scratch, a fitting celebration of this months beautiful birthstone.

From the pale purple hues to the rich, deep purple color most associated with this precious gem, amethyst has been a favorite for centuries.  Let’s look at 10 facts you may not know about amethyst:

If you have a gemstone that you would like us to make a beautiful custom piece out of, check out our recent two part series for an example of what we can do for you!   Then give us a call at  (301) 574-4400 or stop by and we can talk about how you want to sparkle and shine.