Warning: count(): Parameter must be an array or an object that implements Countable in /home/customer/www/cfbrandtjewelers.com/public_html/wp-content/themes/virtue/lib/cmb/init.php on line 714
 10 Cool Facts About March’s Birthstone, Aquamarine! - C F Brandt Jewelers
Skip to Main Content 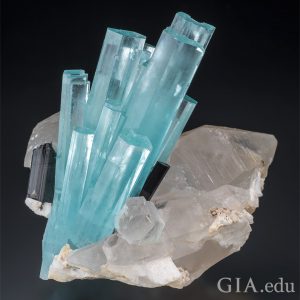 The official birthstone of March, aquamarine, is a breathtaking gem that, like other birthstones, has history, folklore and a lot of interesting facts and characteristics.  A member of the beryl family of gems, aquamarine appears in documented history and folklore as far back as the Greeks in 300 BC.

But wait…there’s MORE!!  Here are 10 things you may not know about aquamarine:

Contact us or stop in and see our selection of beautiful aquamarine jewelry today!  Of course, if you have a stone that you would like us to put in a setting for you or even create a custom setting for…let’s talk and make it happen:)